India and China both have a surplus of males, but only one country has an out-of-control rape epidemic.

On Feb. 23, 2016, an Indian woman, within hours of giving birth by C-section, was raped in a hospital near New Delhi. Some in India took consolation in the fact that at least she was not, like Nirbhaya—the 23-year-old female physiotherapy intern—beaten up after being raped.

For those who don’t remember, in December 2012, Nirbhaya was beaten with iron rods, gang-raped, and tortured in a private bus while she was traveling with her boyfriend. As a result of international outrage over her assault and subsequent death, new laws and new fast-track courts were promised. More women are now willing to report rape cases. But even two years after Nirbhaya, her father claims that the promises of reform were unmet and that justice in India has failed his daughter and women like her.

Women reported almost 34,000 rapes in 2018, barely changed from the year before. Just over 85 percent led to charges, and 27 percent to convictions, according to the annual crime report released by the Ministry of Home Affairs.

In India, a woman is reportedly raped every 15 minutes. Multiply that by 24×7, 365 days a year. And keep in mind the majority of rape cases still go unreported. The statistics on crime against women is even worse: Every 2 minutes, women in India is a victim of a crime. This ongoing issue with violence against women raises the real and serious question of whether India is truly ready for a seat on the global table.

Have to Look This Article By Deepa Naryana

India is the most dangerous country for women. It must face reality

“But people do get bail because of a lack of evidence [in many cases]. The accused are often sheltered by police, or politicians, or even lawyers,” Kapur added.

Some researchers say the rape problem in India is not just a legal issue, as one cannot ignore its social aspect.

“We have a patriarchal society in India, which gives more importance to men. Women are usually considered second-class citizens,” Dr. Shruti Kapoor, a feminist activist and founder of the Safety Trust organization, emphasized.

“Children internalize this at a very young age. A girl’s wishes and her opinions are not considered as important as that of a boy’s. The female child learns to be subservient from the beginning,” Kapoor added.

Experts point out that violence against girls and women usually takes place in their immediate surroundings. According to the National Crime Records Bureau data from 2017, 93% of all rapes in India are perpetrated by people known to the victim. These could be family members, friends, neighbors, employers, and even online friends.

2. Not enough police in general

5. A lack of public safety

10. The low status of women 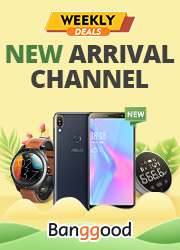 With Product You Purchase

The Best Motorcycle Gadgets (Review) in 2020

Coronavirus symptoms: What are they and how do I protect myself?

Confused about the RBI’s EMI moratorium?